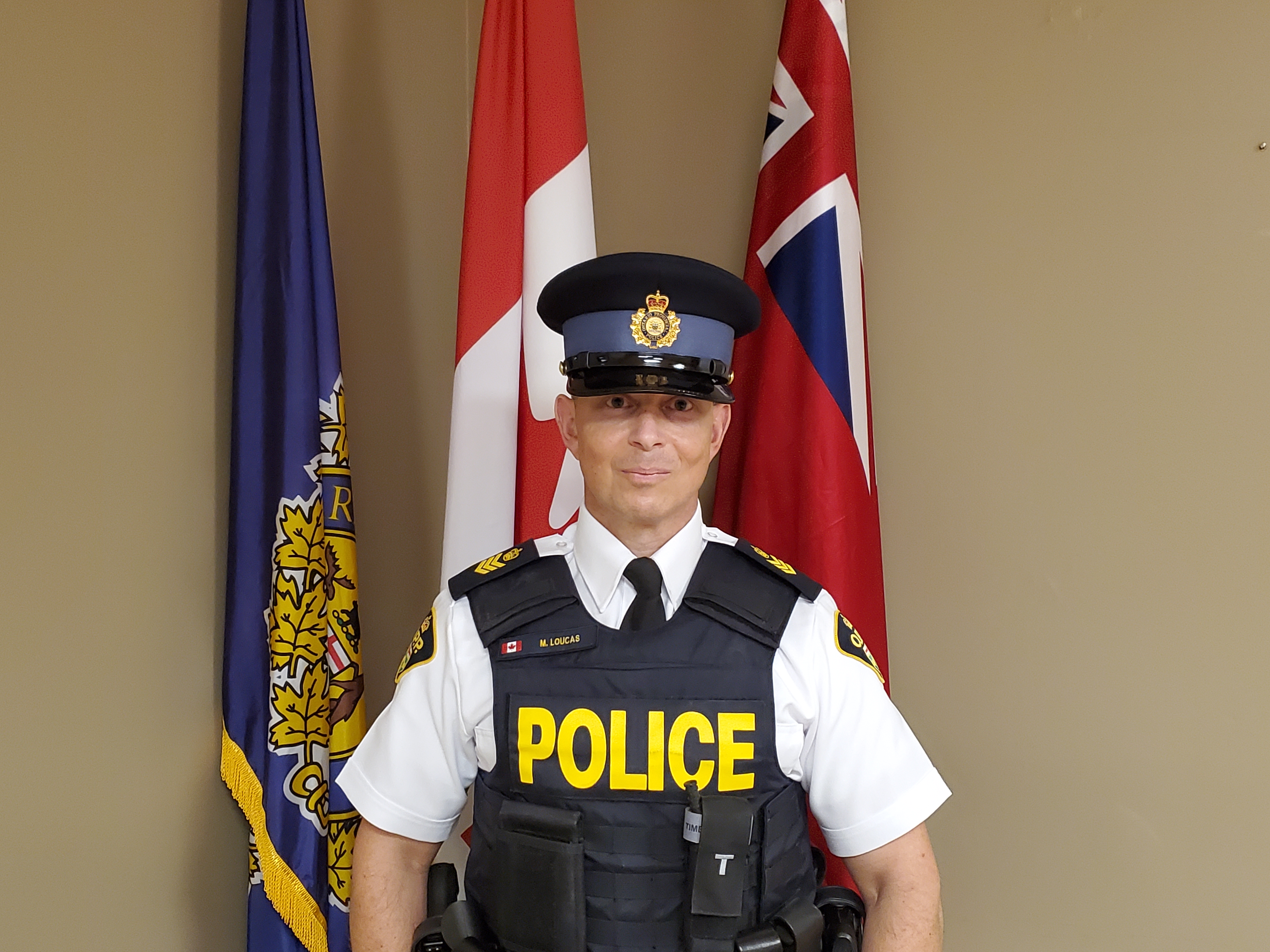 Staff Sergeant Mark Loucas, Tactics and Rescue Unit, Field Support Bureau, has been promoted to the rank of Inspector and will take command of the Elgin OPP Detachment starting July 12, 2021. Loucas will take over from Interim Detachment Commander Insp. Mike Butler, who is planning on retiring.

Inspector Loucas was identified as qualified for promotion to the rank of Inspector through the recent Commissioned Officer Competitive Pre-Selection Process, followed by an interview with Police Services Board representatives. “I want to congratulate Mark Loucas for being selected as the Commander for Elgin County. He is an excellent choice for our community,” said Police Services Board Chair Sally Martyn “Mark’s extensive experience and familiarity with Elgin County will support a seamless leadership transition for communities in Elgin served by OPP.”

Loucas joined the OPP in 1996 and began his career at the Burlington OPP Detachment. He then served at the Cambridge OPP Detachment and as a member of the Emergency Response Team before joining the Tactics and Rescue Unit in 2009. Mark is a graduate of the Law and Security Administration Program from Canadore College and is currently in his final year at Wilfrid Laurier University, completing a Bachelor of Arts with Honours Degree in Policing with the goal of pursuing a Master of Public Safety Degree.

Loucas has received many specialist designations from both the Ontario Police College and the Canadian Police College and is a recipient of the Constable Mel Sinclair Memorial Award for Academic Excellence and of the Police Exemplary Service Medal (20 years).

“I am extremely honoured and excited to serve my community as Detachment Commander,” said Insp. Mark Loucas. “I look forward to enhancing public trust and confidence by serving and interacting with our communities with respect, compassion, and fairness”.

Public Notice – Pesticide Use within the County of Elgin