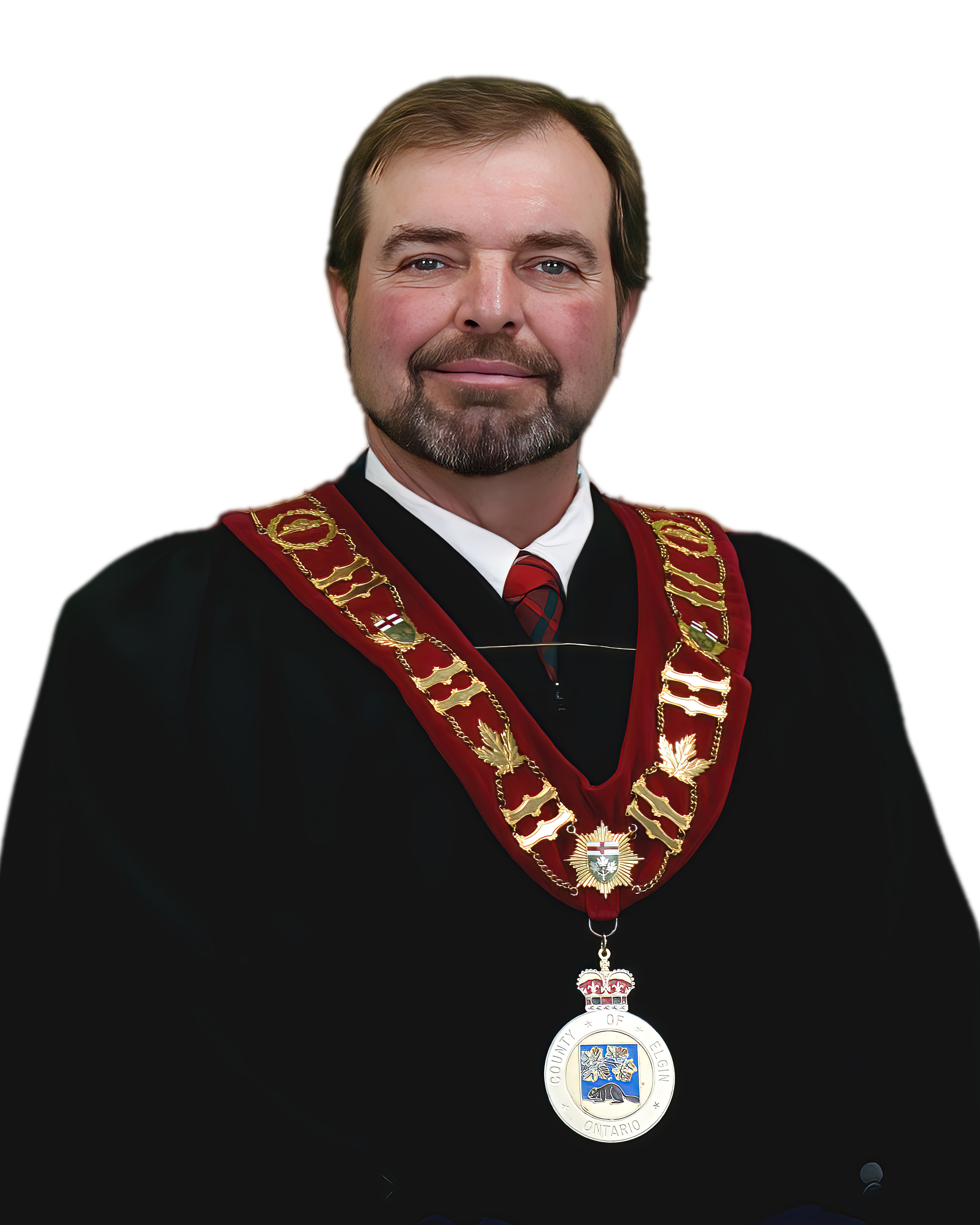 Warden Ketchabaw lives in the village of Eden with his wife, Sheri. Ketchabaw was recently re-elected for a second term as the Mayor of the Municipality of Bayham during the 2022 Municipal Election in October.

As the head of County Council, Warden Ketchabaw’s responsibilities include acting as chair of Council meetings, providing leadership to Council, representing the County at official functions, acting as the County’s spokesperson, and much more.

According to the Handbook of Upper Canadian Chronology, the Warden was the Chairman of the District Council after 1841. He was appointed by the Provincial Government until 1846 and then elected by the Councillors from among their members. Usually after 1846 he held the office for only one year.

The District Councils Act 1841, Legislative Assembly of the Province of Canada (4 – 5 Victoria, Chapter 10, Appendix X, gives specific instructions to Wardens which are paraphrased below:

The role and responsibility of the Warden in 1841 is perhaps best described in the following quotation :

“It is the earnest desire of His Excellency the Governor General, that you should assiduously endeavour to master the details. It is impossible to exaggerate the importance of the trust committed to your hands, or the beneficial influence which those laws, faithfully and zealously carried out, may exercise over the destinies of the Province. It is above all things essential that the Wardens should well understand their principles and leading provisions. Wardens, as the name imports, are guardians and defenders: they ought to be guardians of the rights and interests of the people, and defenders of the prerogative of the Crown. The instructor as well as protector of the inferior officers of his District, the Warden will often have to impart to them the information required for their guidance. A due performance of which task, with all the patience, sagacity and zeal it demands, will go far to insure an uniform and prosperous working of the system.”

Secretary of the Province

Remarkably, today, the role of the Warden bears similar resemblance to that envisioned in 1841. Sections 69 and 70 of the New Municipal Act describe the position of Warden as follows:

69.(1) The Warden of a county, the mayor of a city or town and the reeve of a village or township is the head of the council and the chief executive officer of the corporation.

(a) to be vigilant and active in causing the laws for the government of the municipality to be duly executed and obeyed;

(b) to oversee the conduct of all subordinate officers in the government of it and, as far as practicable, cause all negligence, carelessness and violation of duty to be prosecuted and punished; and

(c) to communicate to the council from time to time such information and recommend to it such measures as may tend to the improvement of the finances, health, security, cleanliness, comfort and ornament of the municipality. R.S.O. 1990,c.M.45,d.70.