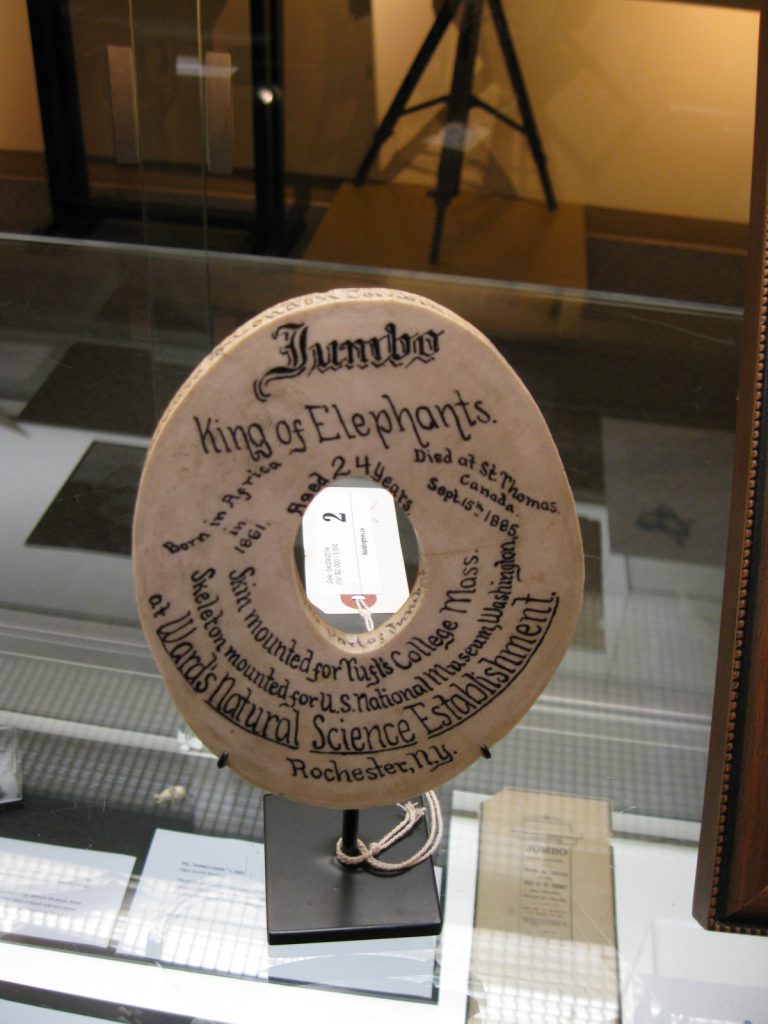 Jumbo, a huge African elephant brought to North America by impresario and circus owner P. T. Barnum, remains a powerful presence in St. Thomas, Ontario. On September 15, 1885, following a three-day stop in St. Thomas, as the Barnum circus was being loaded onto rail cars, Jumbo was run down by a freight train and killed.
Barnum had the skin and bones preserved and mounted. After 4 years on the road the mounted skin was installed in a building at Tufts University, Boston, Barnum’s alma mater. This fall, Tufts – where Jumbo has become a much-loved mascot – marks the 125th anniversary of the arrival of the mounted jumbo with an exhibition and the installation on the grounds of a life-sized bronze statue. Today all the university’s teams are called the Jumbos.
A number of artifacts are travelling to Tufts for the exhibition from St. Thomas including several from the Steve Peters Collection and the Elgin County Museum. These pieces will be on display at the museum until July 5th, 2014

The Life and Legacy of Sir Arthur Currie

On The Trail of the Monarch Butterfly