Life and Leisure on Lake Erie 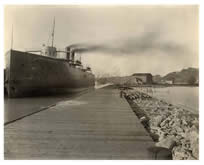 The Marquette and Bessemer

The Marquette and Bessemer No. 2 (I) at Port Stanley Harbour, c. 1907
Elgin County Archives

The Marquette and Bessemer No. 2 (I) was one of the largest of the Great Lakes car ferries; ships which between the 1890s and the 1950s hauled rail cars full of coal from the US to Ontario to heat homes, generate electricity and fuel locomotives. The Marquette and Bessemer No. 2 which ran between Port Stanley and Conneaut, Ohio, was 350 feet long and had a capacity of 32 hopper cars. After only 4 years in service the fully-loaded ship floundered during a storm on the lake somewhere between the two ports on December 7, 1909. Five days later one of the vessel’s life boats was found near Erie, Pennsylvania containing the frozen bodies of nine of the 32 crew. The loss of the entire crew along with the boat’s only passenger makes it one of the worst car ferry disasters ever on the Great Lakes. The wreck has never been found. A second vessel of the same name was launched in 1910 and continued to haul coal until 1932. The car ferries were replaced by self-unloading vessels. 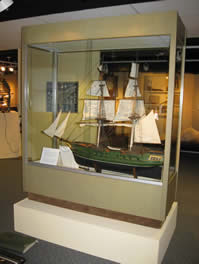 Snows were built for over 100 years from about 1750 through the Civil War and were well suited to costal military surveillance and light merchant service in restrictive waters. Snows (pronounced “snoo”) or (“snaw”), were two masted sailing vessels often-referred to as “snow brigs”). The best-known twin brigantines Lawrence and Niagara, American warships of the Battle of Lake Erie in 1812, were both snows. The USS Niagara eventually sank in 1820, but was raised in 1913 and restored, and is berthed in Erie, Pa. as an operational commissioned ship and a museum.

Records show the snow Rowland left Rotterdam and sailed to the port of Philadelphia, arriving in September 1853, q.v. with new immigrants to the U.S., proving the snow’s sea-worthiness in open ocean conditions. Snows built for ocean use were typically larger than those on the Great Lakes. 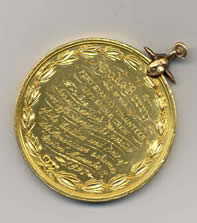 Snows carried square sails on both masts, but had a smaller mizzen mast called a snowmast, stepped aft of the mainmast. One or more trysails were sometimes carried aloft between the two masts. The snow mast additionally carried a gaff boom and yard, with the luff of the centre trysail hooped to it. Sometimes, instead of a trysail mast, snows carried a “horse collar” on the mainmast, with the luff of the trysail attached to it by rings.

The foremast on a snow was staysail rigged with 2 to 4 triangular jibsails tacked to a very long bowprint. It is also faster and more maneuverable than solely square rigged vessel but was eventually replaced by clippers and schooners. The trapezoidal gaff sail on the snow mast allowed the ship to sail to a closer angle to the wind and is typically seen on the sail plan used on fishing schooners after 1860 and through WW1.

This generic 3/8″ model British snow was built by Joseph Hubbard between 1966 and 1970 while at the University of Illinois in Champaign. It is equipped with a pilot house and contains about 10,000 parts. Materials include basswood, balsa, birch, pine, fiberglass, and teak. Working rigging and blocks were machined from brass, and the model features hand-blown glass oil-lamp chimneys which may be illuminated with battery or A/C power. Windows are microscope cover glass. The model is watertight and may be floated with the addition of 25 lbs. of lead ballast (for photographic purposes). The model is 150cm (four feet eight inches) long x 126cm (four feet, three inches) high. The original ship was 155 feet long, carried 30 crew, and was about 1/3 larger than the Niagara.

PORT STANLEY, Nov. 11.—Believed to be the only living member of the once famous Life Saving Crew of Port Stanley, Luke Berry, a life-long resident of the village, recalls clearly a rescue of Nov. 11th, 1897, for which he was decorated with a gold medal presented by President McKinley, of the United States.

Mr. Berry was the youngest member at the time of the crew of seven under the direction of his father, Capt. William Berry, and during a very heavy southwest gale lasting for three days the schooner Groton and the schooner St. Lawrence ran into grief. The two schooners, loaded with coal, were racing from Cleveland to Port Stanley and the Groton, still nine miles off the harbor, sprang a leak and sank. The six sailors, cook and the captain took to a small yawl and, by pouring oil on the high seas, were able to make eight miles to harbor, but due to exposure and exhaustion were floating helplessly a mile off the harbor. They were flying a flag of distress, which was noticed by fishermen on the pier, when Capt. Berry and the crew in the open life saving boat reached them.

After bringing the crew in to shore and safety, word was received that the St. Lawrence was also in difficulties and riding at anchor. Capt. Berry enlisted the air of Capt. Denning and the fishing tug, Crawford, and on reaching the stricken boat found that over one hundred tons of coal, which had been stored on the decks had been washed overboard. The sails were torn to ribbons, but the hull was not leaking. However the crew, despite the wind and waves, decided to ride out the storm and on the third day the Crawford again sailed out and towed the St. Lawrence safely to harbor.

Two years later, again in the fall of the year, another vessel, the Cleveland, flew a distress flag while off Morpeth, twenty-eight miles from Port Stanley. Farmers noticing her plight telephoned the Life Saving Crew at Port Stanley and the tug Snow Storm, under Capt. Alex Brown, towing the open life saving boat and the crew, raced to the scene. The exhausted crew, which had been manning the pumps, were taken off and brought to Port Stanley while the Life Saving Crew resumed work on the pumps. For twenty hours they worked in relays and managed to keep the vessel afloat until the Snow Storm returned and towed her safely to port.

At a ceremony held in the old town hall on Main Street, the crew of the Life Saving Station were presented with the gold medals presented by President McKinley. Present for the ceremony was the Reform Member of Parliament, Dr. Wilson, whose wife pinned on the medals. The life saving equipment has long since been abandoned and there has not been for many years an organized Life Saving Crew, but in the early history of the village the various members of this crew played a colorful and interesting part of village life.

From an undated newspaper clipping, printed some years after the event.

My Story – My Tattoo

The Ones We Met – Traditional Inuit Knowledge and the Franklin Expedition

The Illustrated Life of Jumbo